“Is Chip being politically correct?” you ask. “Isn’t that a fancy-schmancy colloquialism for romance novels?”

Back in 1986, I was an Army officer for a combat arms unit. During a major exercise, I stopped at the post exchange in Kaiserslautern, Germany. I came out with Tom Clancy’s Hunt for Red October and Danielle Steele’s Message from Nam. Bedecked in my full combat gear, I was armed with some reading material to last the coming month in the field. I had a few minutes before returning to the throes of our maneuvers. I pulled out the camouflage book first. My driver immediately said, “You read Danielle Steele, sir?” I didn’t know Steele at the time. I purchased the book simply because of the cover, thinking it a war story. I got to the battalion’s tactical operation center for a staff meeting with the battalion commander. I pulled out the book before the meeting started, and several officers came by and snickered that I was reading Steele. Needless to say, being a manly man in an all-male combat unit, I quickly ditched Danielle Steele’s novel in the trash.

I had been judged by the cover of the book that I was reading.

Fast forward to the 2000s. I was writing paranormal thrillers. I had gotten the audience of several NYC publishing houses, including the editor-in-chief of one of the very largest. My works dealt with Biblical demons in the modern day and a sexy, female warrior who was born with special talents for hunting them. That editor-in-chief asked me to sex up the woman warrior in a new tale in a series for her. One evening after an evening of writing this new book, I was demon attacked on the drive home. I sought sanctuary on sacred ground instead of going home that night. The next day, the chief exorcist for the Archdiocese of Washington, DC urged me to give up writing in that genre.

My late writing mentor, Leslie A. Banks (L.A. Banks) screamed at me to write romance novels. She told me that 80% of novels are purchased by women, and 80% of those books are romance. Her logic was that I should consider entering a field where there was great demand instead of trying to break into a small niche that is dominated by the names Stephen King, Dean Koontz, John Saul, and others.

I first had to get over the notion of bare chested men with long hair and women with heaving bosoms on the covers of romance novels. I was still afflicted with the reaction of men soldiers to Danielle Steele. Hence, I read all of Nicholas Sparks’ novels. I read Richard Paul Evans’ books. They are men who have sold millions of copies of contemporary women’s fiction. Their stories delved into all types of life situations, and they all had romance themes running through them. And, their covers didn’t embarrass me when I read them in public.

As a result, I now write stories that Embracing passions and relationships.™

Rings, due out in November 2014, centers around an NFL football player, his wife, and his teammates. Although football players and coaches are in the story, it is not a sports story. It’s all about passions and relationships.

Jesse & Alexandra, due out in early 2015, involves an Army paratrooper meeting his soul-mate on first sight at a wedding on the brink of the First Gulf War. Rather than attending the reception, they jump into her Porsche and drive across country. Then, his duty calls. Will their new relationship survive?

Am I a romance novelist?

Do I write for women?

Do I write for men, too?

Whew!!! After a hiatus, I’m back to my blog. Hey! I had to write some books first.

The job of a novelist is never ending, especially if he is new to the business. During my time away from blogging, I’ve created my limited liability company, hired a part-time assistant, written another novel, launched http://www.chiparmstrong.com, assembled a publishing team, and changed the cover to the soon to be published book several times. Yeah, whew!!!

The easy part of this business is for me to sit all alone at a coffee shop with my iPod jamming while banging away at my laptop, creating compelling characters and imperiling them in crazy situations. That’s fun!

But writing is a business, and I’ve set some lofty goals.

It’s October 1st. I’ve decided to re-launch my blog today. I promise to put out new content at least twice a week. I shall write about the writing process. I want you to know all of the steps involved with being an author-publisher. I want to share my driving motivations for writing. I’ll tell you why I’ve decided to publish through my own company versus pursuing the traditional, legacy New York City publishing companies. I will post photos and stories about me so that you can get to know both the man and the author who writes this crazy drama. I write about my successes and failures along the way to my lofty goals.

And what does the attached pizza cake article have to do with my author-publishing business? Nothing except that I LOVE pizza! Now you know something very personal about Chip the author-publisher-blogger-saxophonist.

I wanted to publish this post as a thank you to everyone who reads it and has read and/or shared my articles in the past, as well as to share an exciting piece of news with you (no pun intended).

Because of all of your support, this website and its endeavors have been featured by another media source, Fox 11 Los Angeles. You can read the feature here.

Also a special thank you to producer Shelly Insheiwat for her efforts to make it happen! 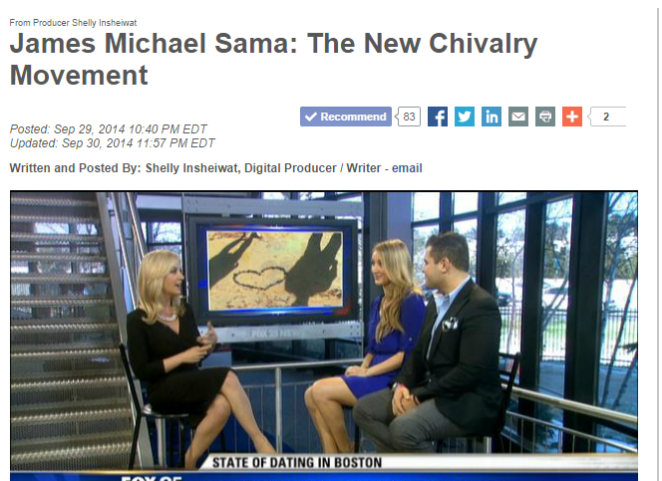 please use the buttons below to share it on social media and enter your email here to be notified when new content is published!